Please note: this is a custom order, We help buyers collect full compatible Bricks of “MOC-29962 Modular Cathedral Modular Buildings”, It will take about 25-35 working days to complete collect, sort and pack of all building blocks. Once the collection has started, the order cannot be cancelled.
MOC Instructions not included, We only collect, Classification and pack compatible building Bricks based on the list provided by the buyer.

MOC-29962 Modular Cathedral Modular Buildings
From The Designer- Das_Felixle (Click to jump to the designer’s homepage to buy the MOC Instructions. rebrickable.com)

Description from the designer:
This Cathedral was build in Lego Digital designer, Blue Renderer and Blueprint during 2016 and the construction took one and a half years (everything untill Version 1-9).
A complete rework using Bricklink’s Stud.io was made in August 2021. The rework replaced most expensive parts, fixed a lot of logical issues in the instruction and added some new details (Version 2-0 +). The two areas that received the most changes were a new organ inside and a new tree in front of the cathedral.
The Cathedral consists of over 22200 bricks and uses a lot of advanced techniques like stainend glass Windows, a lot of vertically placed bricks as well as huge parts of the building which are displaced by half a brick to each other.
The build is extremly complex, so it’s only recommended for experienced builders. If build, it’s 89 cm high and it uses two 48×48 base- plates, so it measures 37x 78x 89cm. It’s fully interiored, has benches, sacresty, confessional and everything else a gothic Cathedral needs and is devideable in 11 submodels.

I build it for everyone who collects and loves the modular building series and wants to complete his city with an epic cathedral. 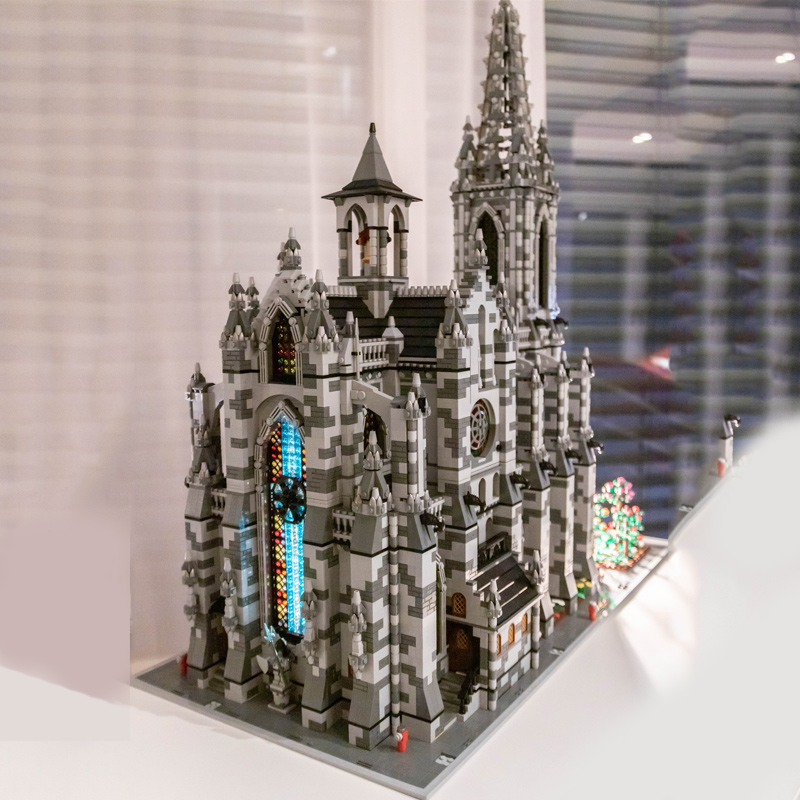 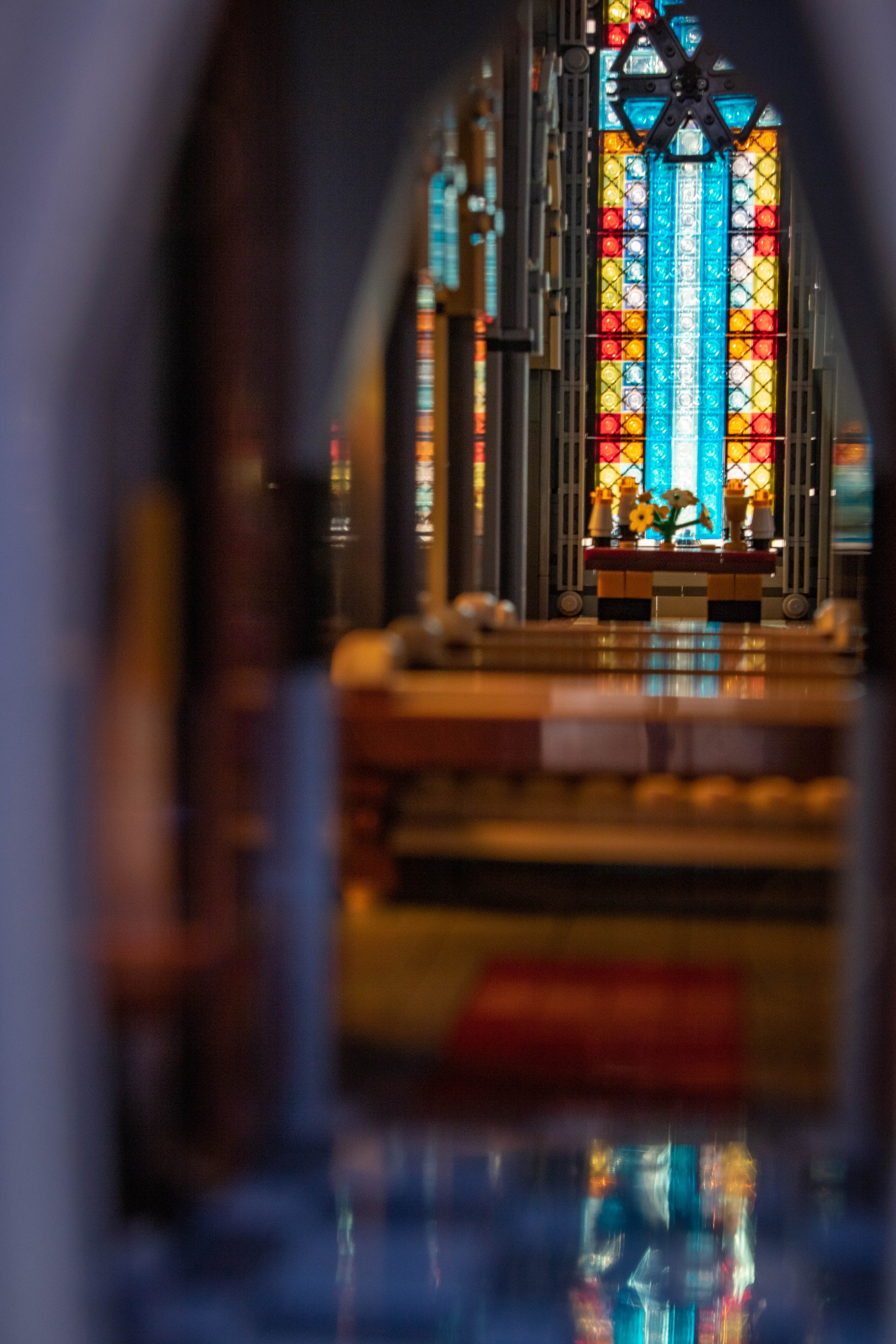 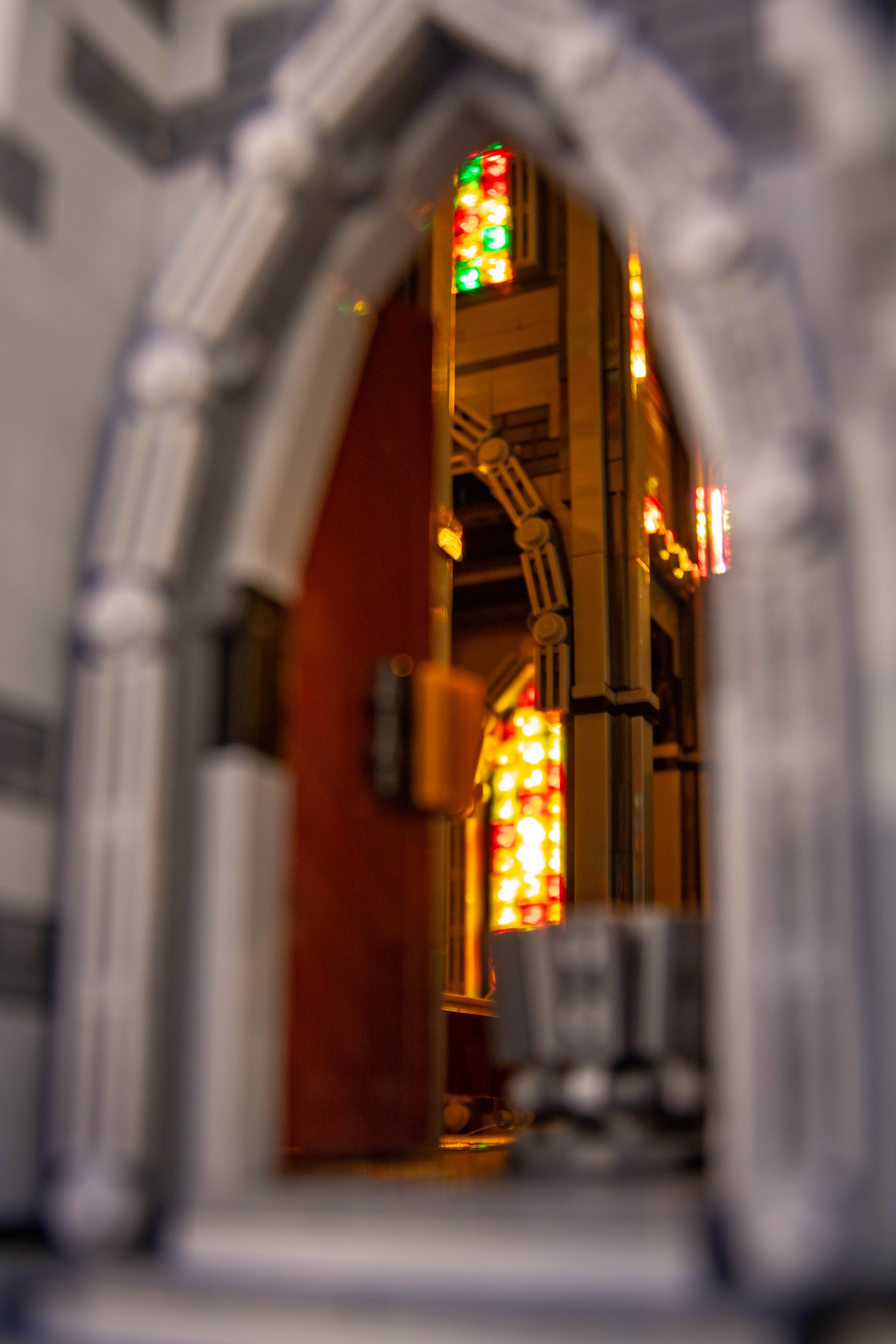 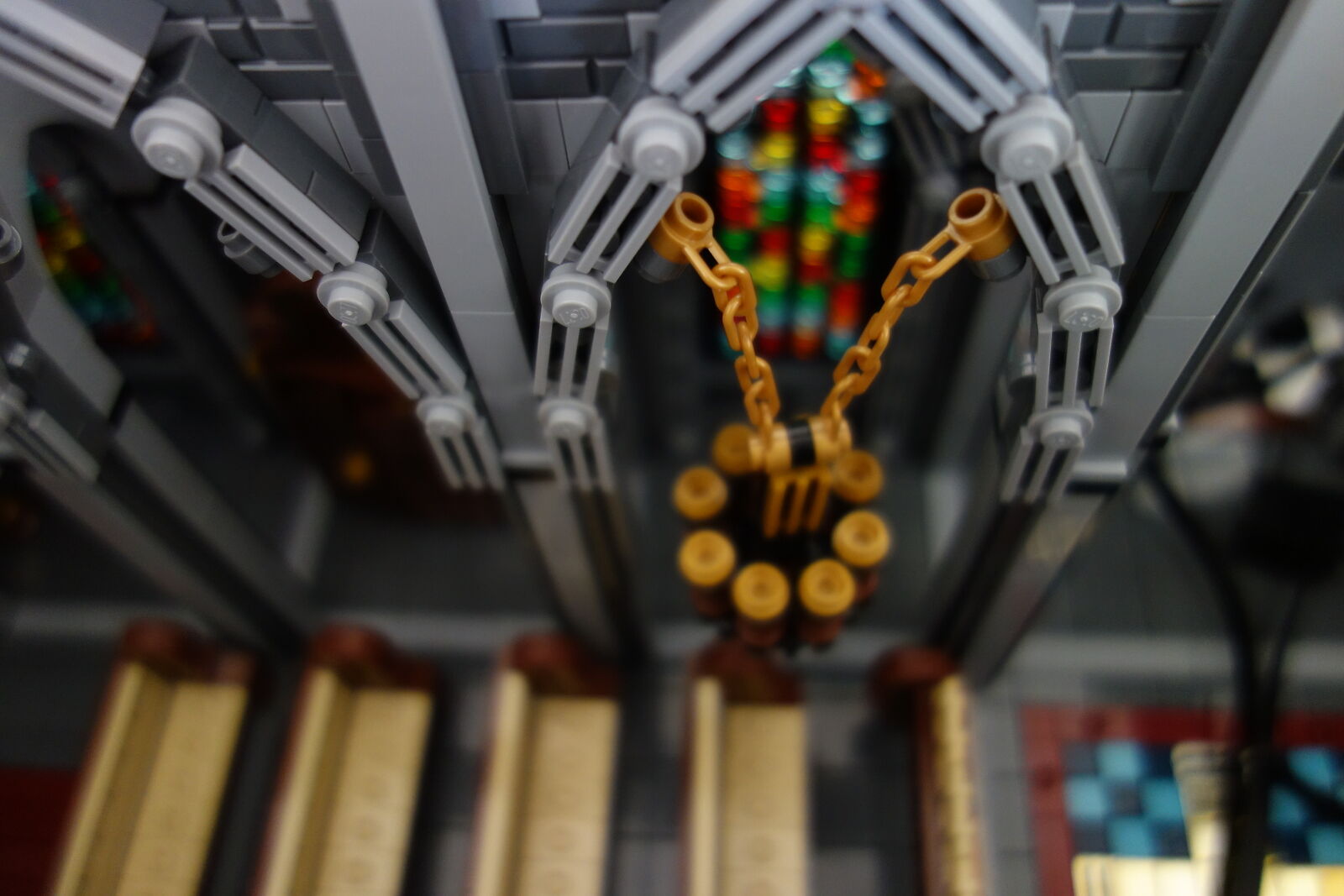 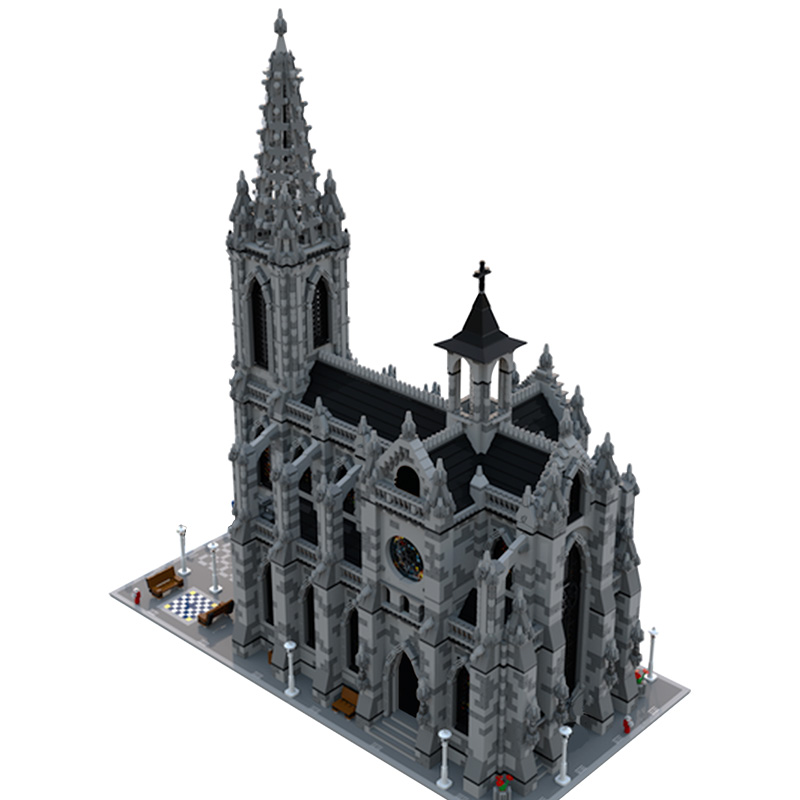